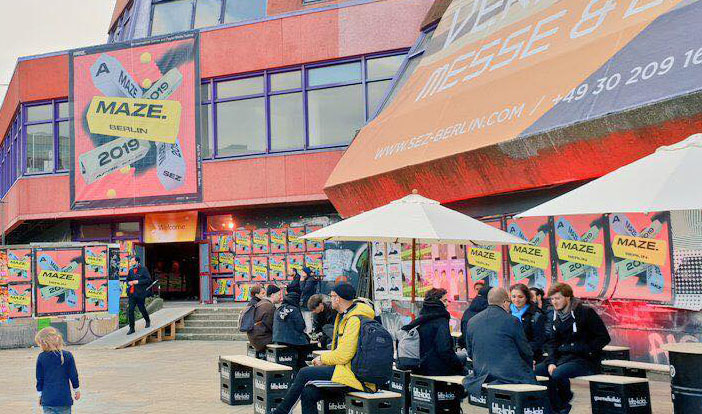 The audience festival, sponsored by the Medienboard, focuses on the art and culture of games and presents a unique games and playful media exhibition, inspiring talks, and workshops as well as a public evening program with performances, live music, and DJs in a new location, the SEZ in Berlin-Friedrichshain. In addition, the A MAZE. Awards will be presented. 181 projects from 32 countries were submitted this year. 25 games are nominated in seven categories. At the beginning of the week the A MAZE. Festival also received the special prize of the jury of the German Computer Game Award 2019.

Numerous indie game developers* from 40 countries will speak at the talks and workshops, including Simona Maiorano (Italy), Eric Zimmerman (USA), Peter Lee (South Korea), Niki Smit (NL), Nicole He (USA), Sun Park (South Korea), Mx. Dietrich Squinkifer (Canada) and Gwen Foster (Philippines). The Mega Game and the ENTER AFRICA project of the Goethe-Institut will celebrate their premiere with participants from 15 African countries. In addition to the exhibition, which is open daily until 1 a.m., the evening is packed with musical highlights and playful formats.