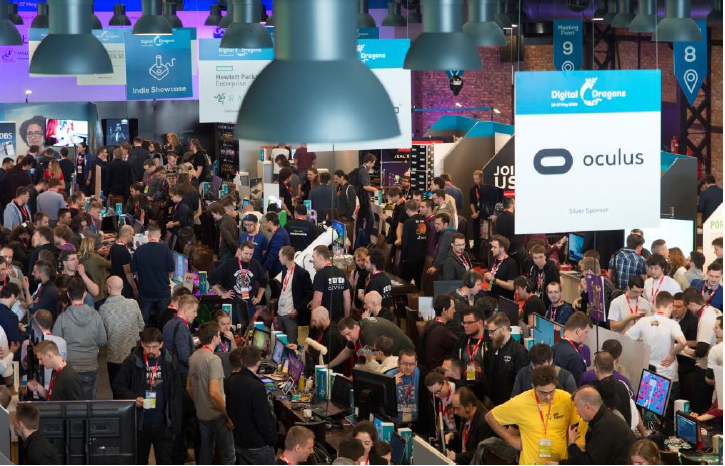 During the Digital Dragons 2017 conference for games industry professionals held annually by Kraków Technology Park in Poland, independent game developers will compete for the fourth time for the title of Best Indie Game at the Indie Showcase contest. In 2016 the showcase saw 60 participating international teams who came to Kraków to present nearly 70 games and playable prototypes. The registration for this year’s event is now open, presenting indie game makers and dev teams with another opportunity to write their own success stories, like the previous year victors.

In 2016 it was 911 Operator by Jutsu Games impressed the jury of gamedev veterans and industry specialists, and won the main Indie Showcase prize. The victorious project went on to achieve further success globally, with more and more fans awaiting anxiously its premiere. Notably, the first mention of the game that most of the public came across was either a part of Digital Dragons media coverage, or the conference’s official social media channels. The conference makes it a point to give the winners as much visibility as possible, but the support doesn’t end just there. Sometimes, it becomes direct and practical – when 911 Operator was running its Kickstarter funding campaign, Kraków Technology Park backed the creators at the highest pledge tier.

Crush Your Enemies by the Warsaw-based Vile Monarch came in second in 2016. Their critically acclaimed simplistic RTS, sporting charming retro graphics and tons of rowdy humor was published globally by Gambitious Digital Entertainment. The devs consider Digital Dragons its first public successful outing. “The 2nd place at the Indie Showcase was a much-needed huge motivational boost” – says Grzegorz Mazur, the Vile Monarch co-founder. “The project was in the final stage of development, and the next one – Oh Sir! Insult Simulator – was only beginning to sprout into a full, commercial game from our successful game jam entry. We really needed some kind of validation that our games are as fun and engaging as we thought they were ourselves. To hear just that coming from the esteemed showcase jury, to see how well the show attendees react to our work, and to bring back home a statuette commemorating all that, was exactly what our morale needed at that point.”

For quite some time now, Digital Dragons has been a launch pad for aspiring studios and developers trying to make a name for themselves. Paweł Jędrysiak, now an established developer catering to millions of gamers around the world, reminisces about his studio’s victory in the very first edition of Indie Showcase: „Digital Dragons 2014 was the first business event we attended as Digital Melody. Those few days at the conference allowed us to meet and talk to many wonderful games industry professionals.Our game, Timberman, met with fantastic reception from the jury and showcase attendees even more than we anticipated. Our participation in the Indie Showcase allowed us to connect with some of the industry influencers we couldn’t hope to reach via e-mail. The DD conference allowed us to present our work to the world. That’s not an opportunity on which anyone should pass” – Jędrysiak emphasizes.

This year, Kraków Technology Park – the organizing party behind Digital Dragons – is preparing an even larger show floor to accommodate even more independent developers, as the interest in the showcase and competition rises with each edition. The complete game projects and working prototypes can by submitted for participation at the official Digital Dragons website. The application deadline is the 16th of April!