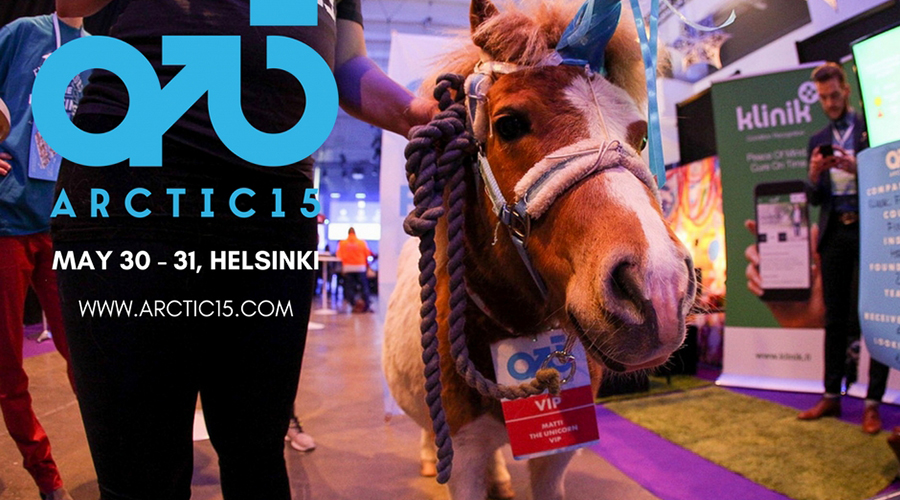 ‘I think this is one of the most dynamic conferences I have ever been to.’

The focus is on making deals and quality networking. There are 15 Tracks focused on various industries, technologies and business functions from Virtual Reality to Smart Cities and Scaling to Talent. Industry players can use the time efficiently and gather under one roof. The core of it all is one-on-one meetings in Deal Room with pre-screened contacts. Networking is optimized to the absolute maximum with Pre-Event Matchmaking, Ad-Hoc Meetings, Networking Areas, Side Events, Workshops and Roundtables.

Arctic15 features the top early-stage startups from the Nordics and Baltics – it has introduced several of Northern Europe’s most well-known startups to a wider audience, including Kiosked, Pipedrive, Infogr.am, Yousician, Transfluent and Entocube. To date, Arctic15 finalists have raised a total of 120 million euros.

In 2018, a special guest Gary Vaynerchuk, one of the world’s leading marketing experts, angel investor and venture capitalist, is joining the event as well as 80+ speakers – tech influencers, investors and entrepreneurs from all over the world. Arctic15 is optimal size. It brings together 450+ startups, 300+ investors, 150+ corporates and media from 60+ countries.

‘The spirit of innovation is definitely alive in Finland!’

About Arctic15 Arctic15 is the most effective matchmaking startup event in the Nordics and Baltics taking place in Helsinki, Finland on 30-31 May 2018. The 2-day event is organized by ArcticStartup, a leading startup media covering Nordics and Baltics. The event brings together 450+ startups, 300+ investors, 150+ corporates and media from 60+ countries. The focus is on making deals and quality networking. The core of it all is 1-on-1 meetings in Deal Room with pre-screened contacts. The event features the top early-stage startups from the Nordics and Baltics. www.arctic15.com

About the organizer ArcticStartup ArcticStartup is helping to build communities with uncapped opportunities through media, events, PR and consulting since 2007. ArcticStartup reports on digital startups and growth entrepreneurship from the Nordic and Baltic countries and organizes Arctic15, a yearly international matchmaking startup event. ArcticStartup is currently led by Dmitri Sarle. www.arcticstartup.com