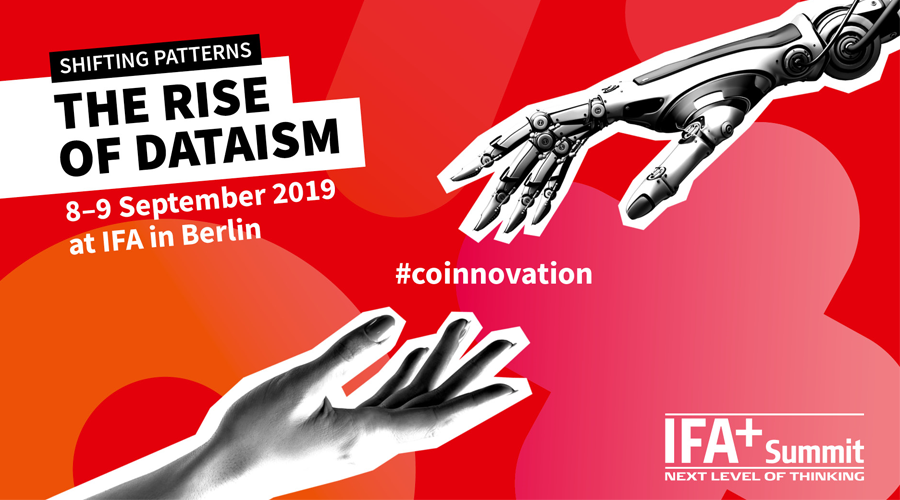 Since 2014, the IFA+ Summit has been regarded as the think tank of IFA, the world’s largest trade fair for consumer and home electronics. Every year it welcomes more than 550 international experts and thought leaders in the digital society. The two-day IFA+ Summit is part of the IFA NEXT innovation hub. The IFA+ Summit will take place on 8 and 9 September 2019 at the IFA Exhibition Centre in the IFA NEXT GRAND THEATER in Hall 26.

More information about the event and tickets can be found here.

media:net members get a discount on the tickets. More information can be found in the member area.