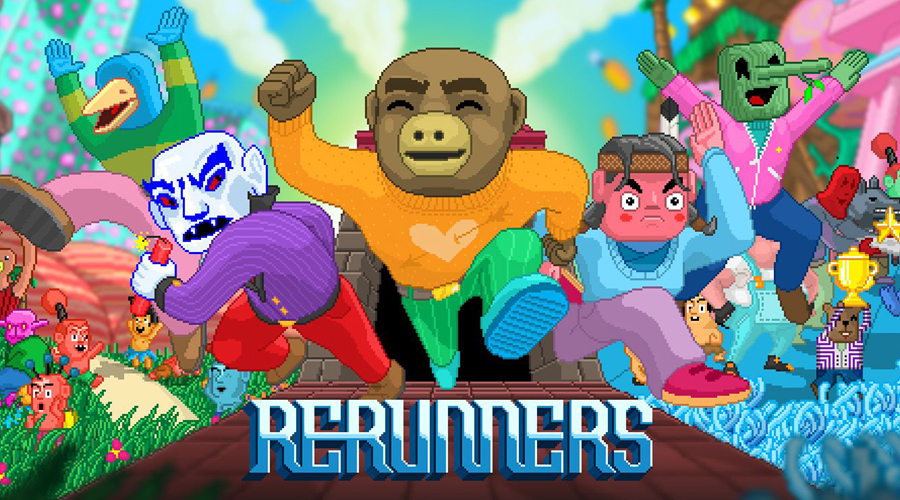 Congrats Ívar, you’re about to launch your first game. Tell me about ReRunners. ReRunners is an MMO platformer. Even though you play against the ghosts of other player’s characters, we want to give people the impression to play in a shared world, to be part of something bigger.

Sounds great. Ever thought about producing your game in Iceland? Yes, but the big boom of the gaming industry there sucks up all of the limited resources. Also it’s very difficult to get people to move to Iceland, because, you know, it’s a little rock in the middle of the Atlantic. So we created a list of cities, and Berlin came out on top, before London or Montreal.“

What makes Berlin attractive for you as company owners?    It’s super easy to convince people to move to Berlin. Everybody wants to live here, everything is cheap, it’s perfect to have a start-up company, you have low salaries, but a very high standard of living, it’s well connected and easy to travel.

Did you hire people here? The city has a great talent pool and good universities, so we hired six people, among them community manager and German engineers, of course. We’re eleven now, but still want to grow and are always looking for good people.

Was it as hard to get your hands on private funding as people say it is? Actually it wasn’t, we’re supported by a local venture fund. Also, as we spoke to investors, it was a very positive thing that we were based in Berlin.

Visit this beautiful & informative website to learn more about klang-games. ReRunners will soon be available for Android and iOS.