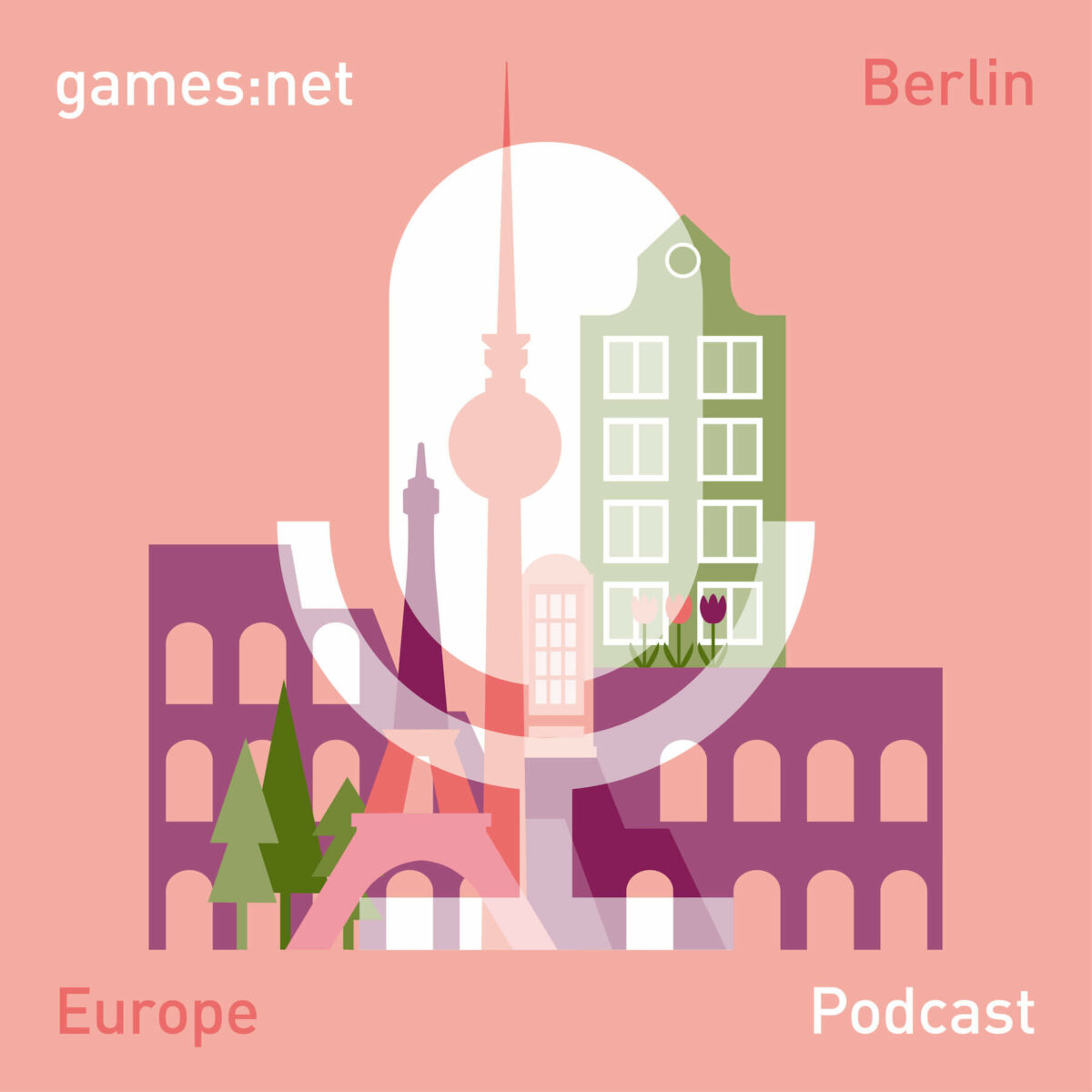 We want to hear their stories and perspectives on starting out in the industry, interesting projects they have worked on and their insights on how the games industry fairs in their respective country. But we also want to go deeper into understanding the people behind games, so the podcast also serves as a portrait of our guests.

This setting will be reflected by actually releasing episodes as two parts to focus on the specific area of interest.

New episodes, moderated by our co-hosts Simon Ohler and Florian Masuth will be published every first Monday of a month and can be found here, or on many popular platforms like Spotify and iTunes. Stay tuned!

In this episode, we speak with Ieva Benecke. Ieva is a game designer and team lead at Estoty in Vilnius, Lithuania. That’s where she is from as well, and we spend a lot of time exploring the Lithuanian connection between Ieva and Florian and the game development landscape there. We also cover questions on (game) design and living as a lone wolf, and, of course, video game cocktails.

In this episode, we speak with Johanna Pirker. Johanna is a game designer and researcher, and does a million things. She tells us about her research work, moving her lectures to Twitch, and immersion into online spaces. Later, we share techniques and experiences on how to live well and effectively as a person with many interests, which at times might feel scattered.

In this episode, we speak with Marius Winter. Marius is an artist and game designer. His last title was “Say No! more”. We cover the topic of saying no, of course, and Marius’ bold ways of acquiring high profile internships – and much more!

In this episode we speak with Sebastian Stamm, Co-Founder of Black Pants Game Studio, about funding a studio during the first wave of indie games in the late 2000s. We dive into the depths of game studies in Germany, comparing different university types. As always, we also cover his career, his life and his background.

In this episode we speak with Philomena Schwab, Co-Founder of Stray Fawn Studio, about her studio and the games industry in Switzerland. We zoom in on how her studio works with regards to community building and role coverage. As always, we also cover her career, her life and her background.

In this episode, we speak with Fedor van Herpen about life. We cover his youth, favorite games, growing up with “3 moms” and an unusual internet side-hustle in the 90s. Fedor also shares his secret recipe to living a good life.

In this episode, we speak with Fedor van Herpen, Co-Founder of Meet to Match, about his business and his career. We especially focus on the business of meeting people, and how that changed during COVID. Fedor gives his best practice advice on how to best connect with people via the online means available right now.

In this episode, we speak with Kristian Metzger about life. How he grew up, how much he was longing for agency and belonging, how losing weight impacted him, and what drives him to have his company be a place for friends and family.

In this episode, we speak with Kristian Metzger about his career and his company Stratosphere Games. We cover the current state of Stratosphere and the games they are developing right now, Kristian’s career and the many places it took him, and what his vision for the company looks like. We also find out some tidbits about early days of gamedev in Berlin.

In this episode, we speak with Lea Schönfelder about her life. How she grew up, how she got in touch with games, what purpose she sees in games. Also, the significance of a game she is making right now to her own life, and what it means for her to live a good life.

In this episode, we speak with Lea Schönfelder about her career and her newly founded studio Fein Games. Lea’s unique approach to the games she wants to make, her vision for her own studio she had since university and the journey she had to take before it was time to make her dream a reality.

In this episode, we speak with Phil Hübner about his personal life. We talk about growing up in a single parent household, father figures, share experiences on learning to enjoy life as young adults despite coming from relatively weak economical households, and we touch on Phil’s mental models and the transformations he underwent. We also cover our shared career path and reflect on some conflicts we had at the time – a redemption arc.

In this episode, we speak with Phil Hübner about his career. We talk about Challengermode and Philip’s mission there. Then we go back and look across his career, which started in his teens, managing a professional esports team and building a MOBA-section for an esports news website, to becoming a pro Dota player. Finally Philip talks about working at industry giants ESL and Twitch and his professional growth.

In this episode, we speak with Rami Ismail about his personal life. We talk about his upbringing, growing up between two cultures, how a standing ovation explained his job to his dad and his purpose of bringing multicultural awareness into the gaming sphere.

In this episode, we speak with Rami Ismail about his career. We talk about becoming a game developer, dropping out of school due to ownership conflicts, founding his own studio Vlambeer, which was predetermined to be shut down one day, shutting it down after 10 years, and what to do next. And everything in between.