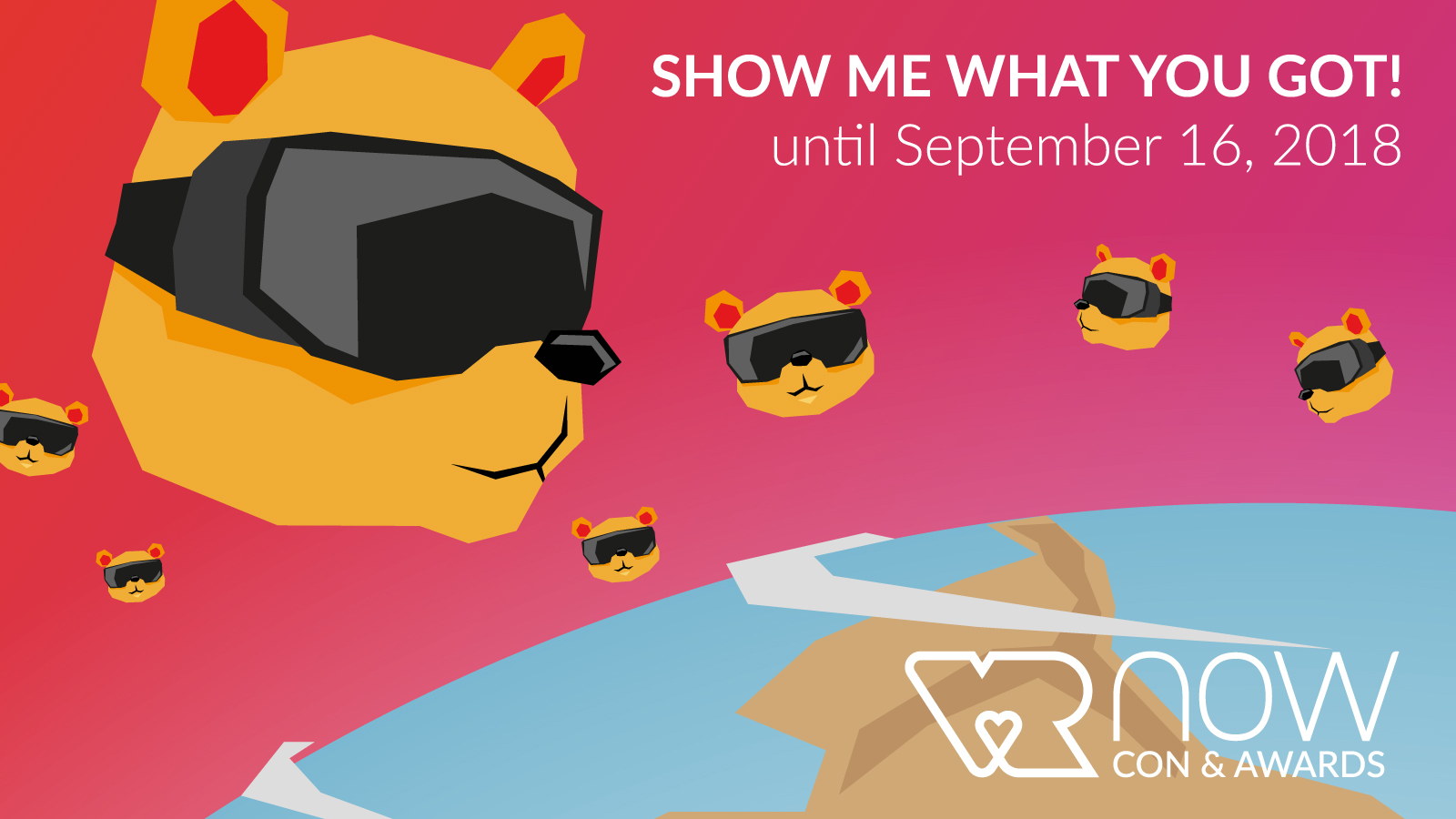 Nominated projects will be showcased in the nominee area during the event. Additionally, the creators will receive 2 free VR NOW Con business tickets (worth 449,- € each) and access to the award show. If the nominated creators purchased any VR NOW Con tickets before the nominations have been announced, they will be refunded. So don’t let this stop you from getting an early bird ticket today!

Three projects will be nominated for each of the following categories:

The Cinematic VR Award acknowledges the most outstanding non-interactive 360-degree video and animation projects, such as shorts, movies and documentaries.

The Interactive VR Experience Award celebrates immersive experiences that use the full range of possibilities and design choices and allow to make meaningful actions in fully virtual worlds.

All the nominated projects in the above categories will compete for the VR NOW Grand Prize: the best virtual reality project of the year, based on overall quality and innovation.